Vox Sambou’s music is described as a fusion of traditional rhythms of Haiti and Afro-Latin elements on afrobeat, reggae and hip-hop. Performing in Creole, French, English, Spanish and Portugues, he has wowed audiences across the world including in North America at the Kennedy center in Washington; Grand Performances in Los Angeles; Le Printemps de Bourges, France, Chile, Brazil, Senegal, Mali and Burkina Faso, Colombia, Morocco, Spain and USA. Plus, he is also a founding member of popular Montreal-based hip-hop collective, Nomadic Massive.

In 2014 Vox Sambou was awarded the Stingray Music Star prize at the Mundial Montreal conference where he was hailed to have “lit the Café Campus on fire.”

With four solo albums to his name, Dyasporafriken, Lakay, The Brasil Session, and most recently, Eritaj, Haitian, traditional rhythms meet the contemporary in a perfect fusion of afrobeat and makes Vox a performer every music fan should experience live.

This program is generously supported by the Department of Canadian Heritage 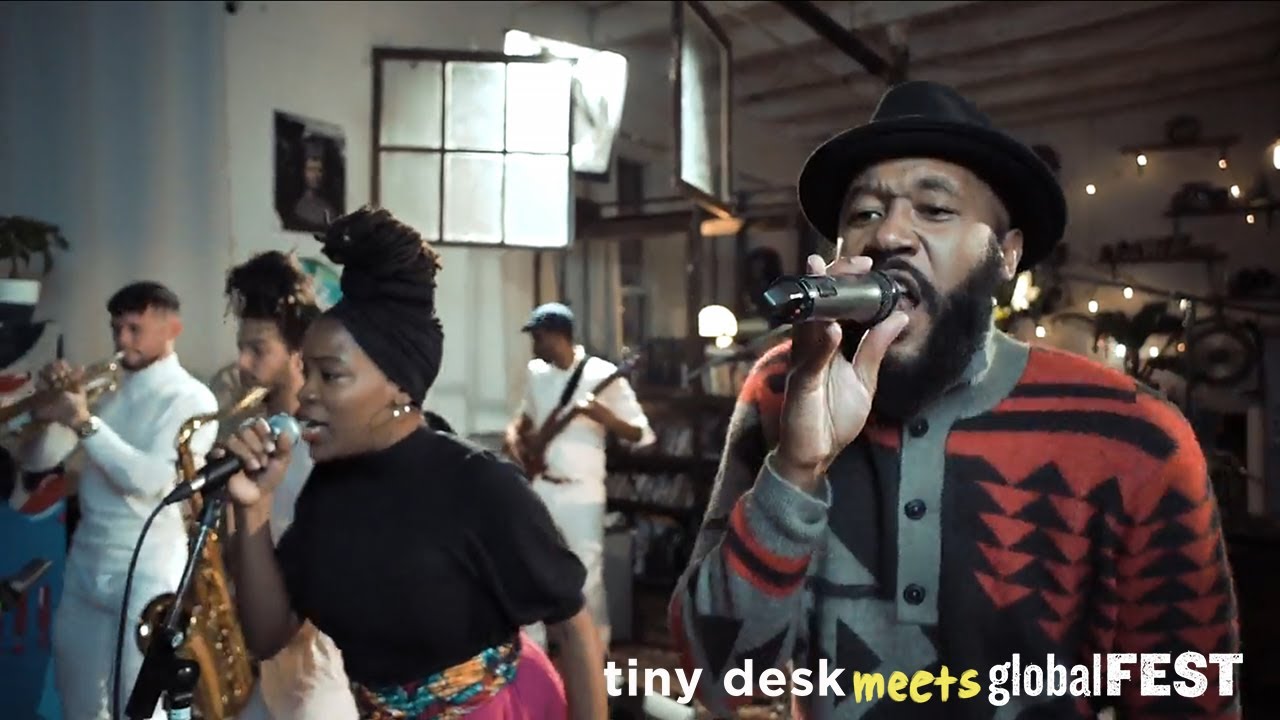