Love guitar music? You’ll love Pavlo! His Mediterranean music speaks for itself. Let Pavlo and his band take you on a Mediterranean escape as they perform Pavlo’s signature feel-good music.

In his 20-year career the award-winning performer and songwriter has released 11 albums of his own music, two collaborative albums and three television concert specials that continue to air on PBS across America and Canada.

What is Mediterranean music? Pavlo describes it as a blend of Greek, flamenco, Latin, and even Balkan flavours, wrapped in contemporary pop.

Having performed around the world and having worked with artists such as José Feliciano, Jon Secada and Olivia Newton-John, we know that this going to be a show that brings you to your feet! 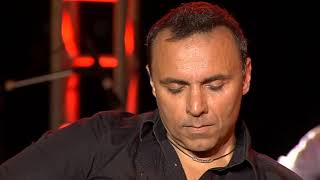