Determined to avenge himself of the oceans that spewed him out onto the shore of a volcanic island, the Manipulpe, a half-human, half shark-like creature, will do everything in his power to carry out a reign of terror on the aquatic world. Aided by an army of pirates, he terrorizes the seven seas until the day a small bearded baby, unlike any other, decides to oppose his reign. How will this new type of superhero defeat the Manipulpe’s legion of pirates armed only with the rose stuck in his belt? And what if those pirates could actually be kind?

Full of zany characters, such as bearded children, and recounting the adventures of a larger than life hero, the play La légende de Barbe d’Or (The Legend of Yellowbeard) with its original songs and quirky humour will delight both children and parents.

The play uses various theatrical devices, such as storytelling, musical comedy, puppets and props to create a lasting image (it is hoped) in the spectator’s mind. The theatre company Les Fabulateurs make fun of everything with anything at hand.

The show is adapted from an audio-book by the same name published by Planète Rebelle.

For children 6 years of age and older.
Length: 55 minutes 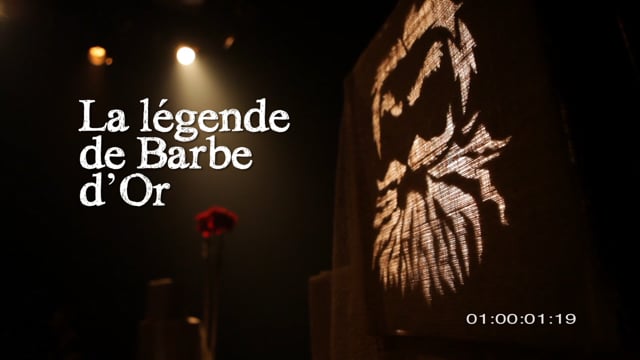