Skip to main content
Due to the provincial restrictions announced on January 3, closure of the Shenkman Arts Centre takes effect on Wednesday, January 5 and will last at least 21 days. See Updates for full information.

ONE NIGHT ONLY! Legends Show brings you some of North America's most outstanding performers live on stage. Accompanied by the Rockin' Royals Band, this show will feature the most incredible Tributes to Roy Orbison (Jesse Aron), Connie Francis (Amberley Beatty), Jerry Lee Lewis (Lance Lipinsky), and Elvis Presley (Pete Paquette).

Roy Orbison: Jesse Aron, who hails from the state of Wisconsin, is recognized as one of USA’s top Roy Orbison tribute performers. With his effortless voice and uncanny resemblance to Roy, Jesse will take you back in time with such hits as "Crying", "Pretty Woman", "Only The Lonely", "Running Scared", and many more of your favourites.

Connie Francis: Canada’s tribute queen Amberley Beatty returns to the stage with an incredible performance paying tribute to American pop singing icon, Connie Francis. Idolized by millions of fans around the world, Francis is best known for her hits such as "Where the Boys Are", "Whose Sorry Now", "You’re Cheatin’ Heart", "Stupid Cupid", and "Lipstick on Your Collar".

Jerry Lee Lewis: Influenced by the mid century birth of Rock & Roll era of the 1950's and 60's, Wimberley, Texas born Lance Lipinsky preserves the timeless tradition of American Roots music as a songwriter and as an entertainer with show stopping boogie woogie piano antics. Lance has appeared on both the David Letterman Show and at the Ryman Auditorium in Nashville, TN. He has also performed in over 2500 action packed shows for five years at the Apollo Theatre in the TONY award winning Broadway musical "Million Dollar Quartet".

Elvis Presley: Pete Paquette is a multi-award winning Elvis Tribute Artist and highly regarded as one of Canada's most exciting Tribute performers. Known for captivating his audiences through his incredible voice, high energy, charisma, and playful spontaneity with his audiences, this performer will leave you wanting more. 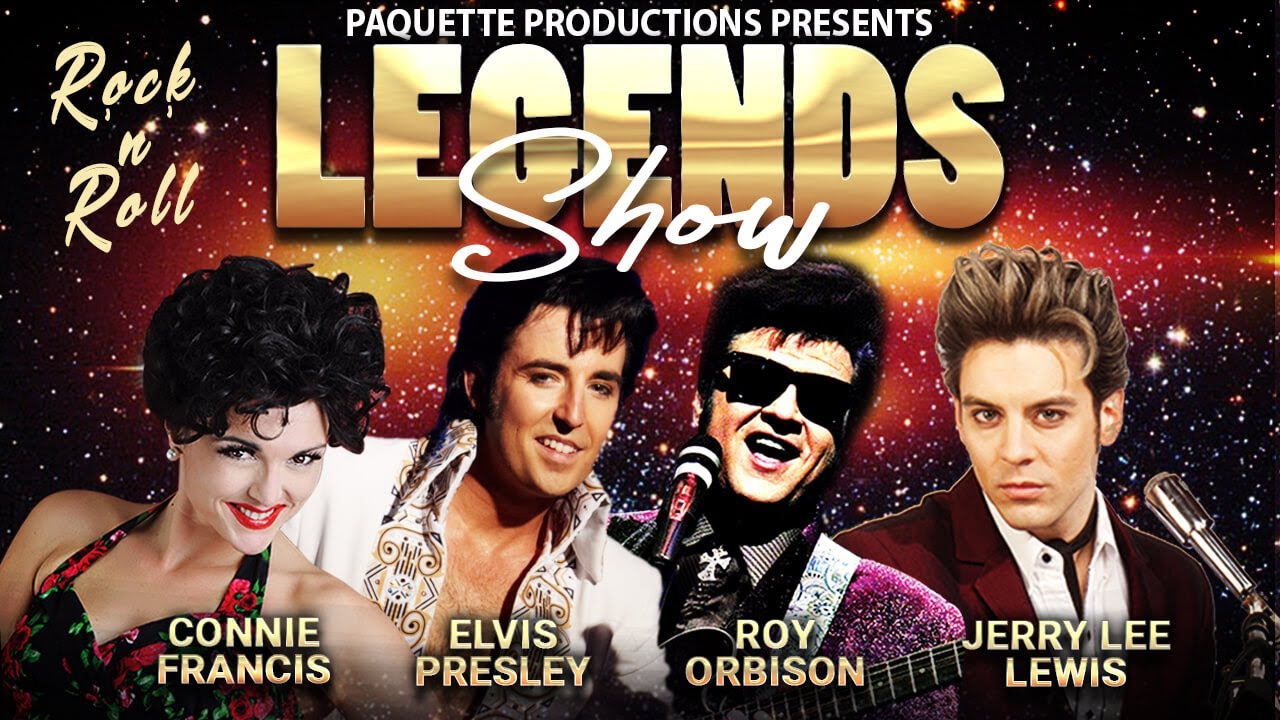