This is a choir with a difference, there’s no auditions and the audience is the choir! That’s right, this is a show that you are part of.

The 80s had it covered when it came to EPIC pop hits.

This Toronto-based singing group led by creative directors Nobu Adilman and Daveed Goldman. You show and they teach you an original arrangement to a song you love.

The group has performed with renowned artists such as Patti Smith, David Byrne, Rick Astley, Tegan and Sara, and Rufus Wainwright, and onstage at New York’s Carnegie Hall and Radio City Music Hall with the likes of Debbie Harry and The Flaming Lips.

Choir! Choir! Choir! exists to celebrate music and push the boundaries between practice and performance, artist and audience, offering therapeutic benefits with the ultimate side effect: a powerful community. 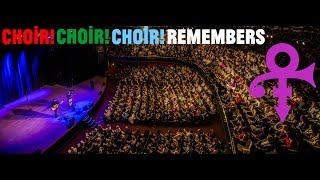